Font size::
A A A
Colour: C C C
Images On OFF
Regular version

On January 20, 2018 at 3 p.m. at the monument of Urkuya Saliyeva (at the crossing of Chui ave. and Sovetskaya street) young leaders-volunteers of the "Human Rights Movement: Bir Duino Kyrgyzstan" held a peaceful march in honor of the protection of women's rights in Kyrgyzstan. The purpose of this march was a vivid demonstration of disagreement between young people and unfair situations happening at the moment in the country: early marriages, bride kidnapping, polygamy, pedophilia, family and sexual violence, harassment at work, slavery and human trafficking. This action was also timed to coincide with the celebration of the 70th anniversary of the UN Universal Declaration of Human Rights and the International Women's March, which was held around the world on January 20-21, 2018.

"The youth march in honor of the protection of women's rights of Kyrgyzstan" is a continuation of the "March of Freedom" against all types of violence and discrimination, which was held in Bishkek on January 21, 2017.

By decision of the young leaders of "Bir Duino Kyrgyzstan" the youth march was held in kyrgyz, russian and english languages. Youth wanted to show the multinationality of the passing action. The march began with the greeting of the coordinator of youth movement Zhunusova Aziza in Kyrgyz, Russian and English, then the speech was given to the leaders of the youth movement Kim Arthur, Morozova Ekaterina and Nadyrbekova Ayperi. They spoke in three languages about the purpose of this march, gave statistics on inequality in Kyrgyzstan, talked about the Government Resolution No. 158 from March 24, 2000 on the prohibition of the use of female labor in 450 types of work activity, and volunteers announced that the cancellation of this decision is another message of the march leaders - volunteers of "HRM: Bir Duino Kyrgyzstan" to the new government of the Kyrgyz Republic.

The key speakers of the march were the well-known human rights activist and head of the «Kylym-Shamy» foundation Aziza Abdirasulova, the civil activist and human rights defender Ondurush Toktonasyrov and the expert of the Anti-Discrimination Fund "Memorial" Olga Abramenko.

In her speech, Aziza Abdirasulova noted that women's rights include the rights of mothers, sisters, daughters, girls. She also added that women are the keepers of the home and public hearth, they want peace, against war and without them it is impossible to imagine Kyrgyzstan. Aziza Abdirasulova praised the youth movement of "Bir Duino Kyrgyzstan" for holding march in honor of the protection of women's rights of Kyrgyzstan and expressed that while Kyrgyzstan has such kind of youth, the country has a bright future.
http://www.birduino.kg/ru/pressa/568-zavtra-21-yanvarya-2017-goda-initsiativnaya-gruppa-sovmestno-s-...

The well-known civilian activist and human rights defender of the Kyrgyz Republic, Ondurush Toktonasyrov traveled 25 km and came from a remote area to participate in this march. He personally made a poster with the slogan "I am against polygamy" and in his speech said that he is very happy and proud of the youth who held very significant event for Kyrgyzstan. He thanked the young leaders of "Bir Duino Kyrgyzstan" for holding a march that was held around the world and noted that the future belongs to the youth. Ondurush Toktonasyrov called on young leaders to fight for their own happiness and for their rights. Concerning the slogan "I am against polygamy," he commented: "Polygamy is the remnants of feudalism, it is necessary to learn to appreciate one woman, rather than take a second wife. I am against polygamy! "- concluded his speech Ondurush Toktonasyrov.

Unfortunately, despite the fact that an official letter was sent to Bishkek city administration about the purpose of holding a youth march, the Pervomaisky district administration limited the movement of the youth march and it was held in the form of a peaceful meeting. In their response letter, the Pervomaisky district administration recommended to hold the event near the monument to U. Saliyeva without conducting a march. On this occasion, "HRM: Bir Duino Kyrgyzstan" prepared and submitted an official letter to the Pervomaisky Court for the restoration of their rights under the Legislation of the Kyrgyz Republic "On Peaceful Assemblies".

After the speech of gender experts and human rights defenders of the Kyrgyz Republic, the youth movement shouted the slogans with which they were going to pass to Ala-Too Square: "Women's Rights = Human Rights!", "The Right to Choose- the Right of Every Person!", "We are against polygamy!", “No early marriages!"," Kyrgyzstan is a secular state!"," The rights set forth in the UN declaration on human rights should work for everyone!"," There is no violence against girls and women!"," We are for equality!"," Cancel Resolution of the Government of the KR No 158 of March 24, 2000 on the prohibition of 450 types of work for women!", "Make the Kyrgyz Public Television and Radio Corporation open for youth discussions!", "Youth for Development!", "Youth for a new and successful leadership in the KR!", "For Freedom and Human Dignity!", “For Safe Kyrgyzstan!"," We are for Children's Rights!".

The youth march was completed by a small flashmob of volunteers demonstrating 30 articles of the UN Universal Declaration of Human Rights. Leaders of the youth movement "Bir Duino Kyrgyzstan" read the summary of the articles in Kyrgyz, Russian and English languages, recalling their importance for the successful development of the country.

According to the results of the march, recommendations were sent to the adviser of the Prime Minister G.T. Toralieva and the deputy of Zhogorku Kenesh from the social democratic fraction E.J. Surabaldieva.

The great contribution to the organization and conduct of the march was made by the Executive Director of the Center for Family Restoration "Alternative" Ismailova Lira Asylbekovna and the manager of the hotline Abdrayimova Raykhan Absalamovna. On January 19, 2018 at 10:00 a.m. they organized a round table on holding youth march in honor of the protection of women's rights in Kyrgyzstan in the popular Radio Azattyk with the leading film director Temir Birnazarov, with the well-known psychologist of the Center for the Protection of Children Taalay Jakypov, the manager of the hotline Abdrayimova Raikhan Absalamovna and coordinator of the youth movement "HRM: Bir Duino Kyrgyzstan" Zhunusova Aziza.

We express our deep gratitude to our partners Women's Learning Partnership, representatives of mass media for covering news about the youth march, especially to Sabyr Abdumomunov, the speaker of Radio Azattyk, as well as to gender experts and prominent activists of Kyrgyzstan for their support and assistance in organizing and holding the youth march .
We sincerely hope that the voice of the youth will be heard and we are grateful to all not indifferent participants of the march for the expressed interest in the event. 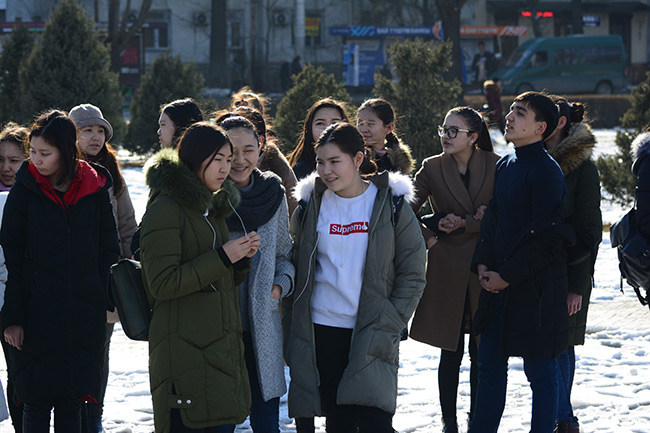 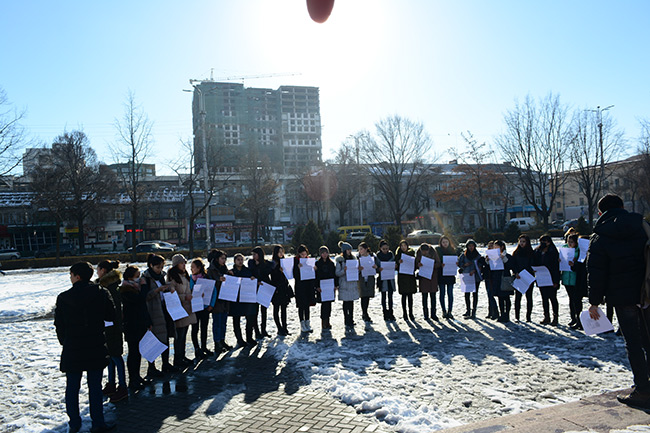 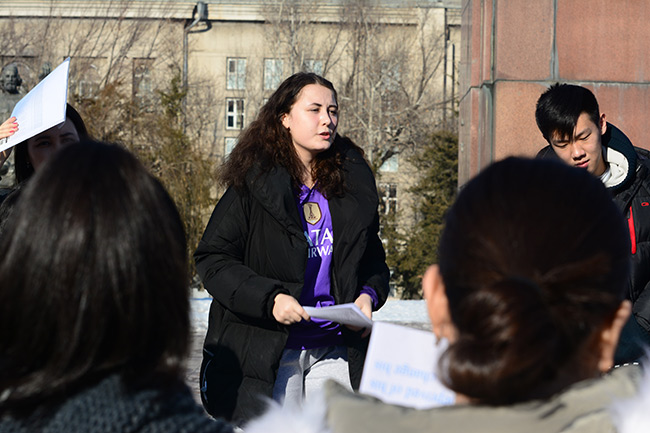 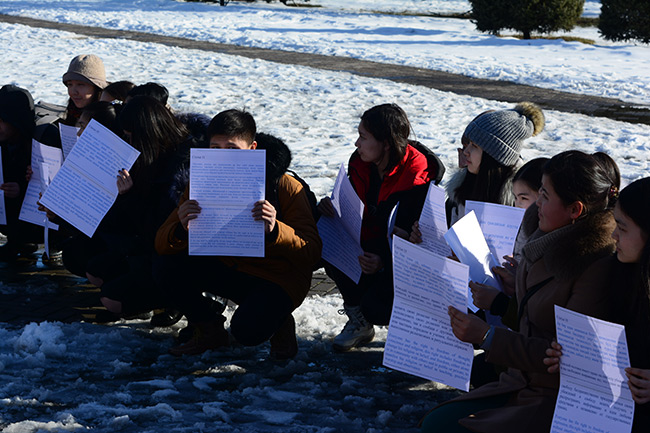 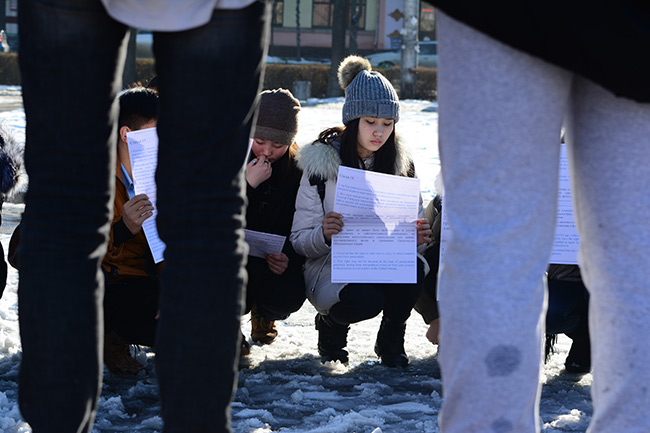 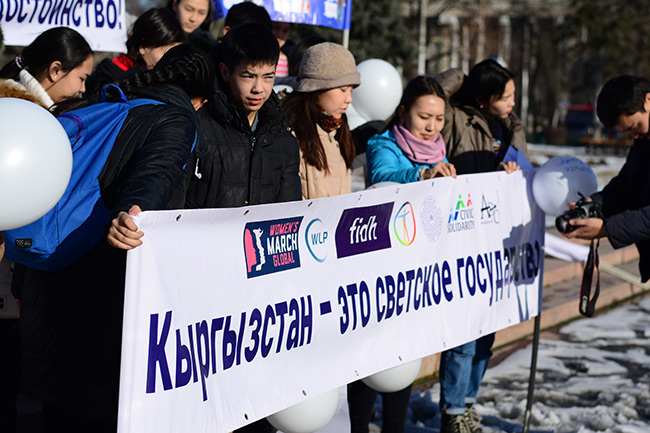 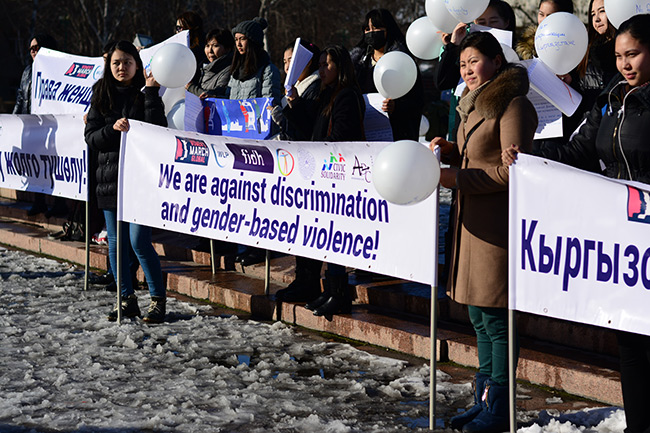 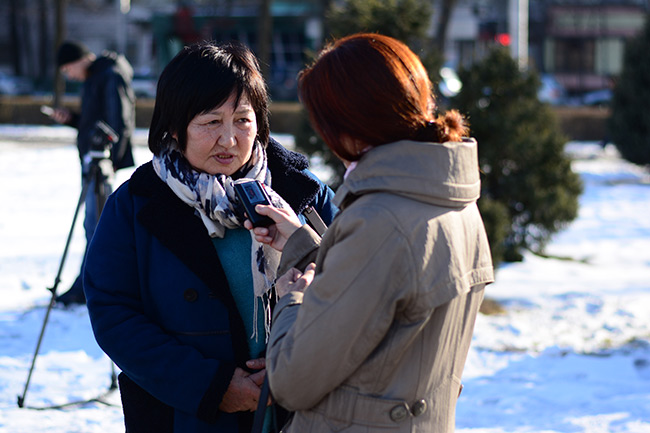 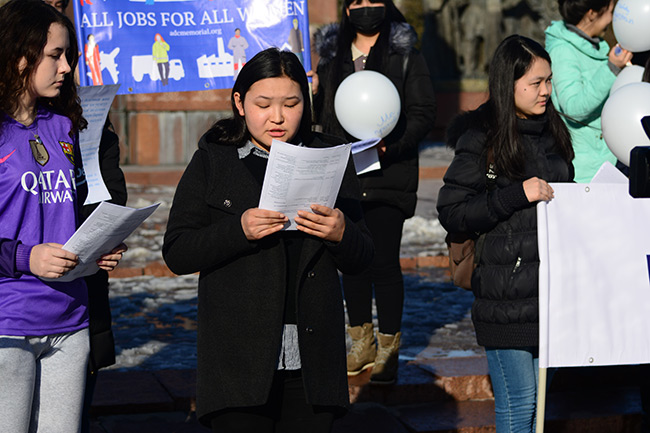 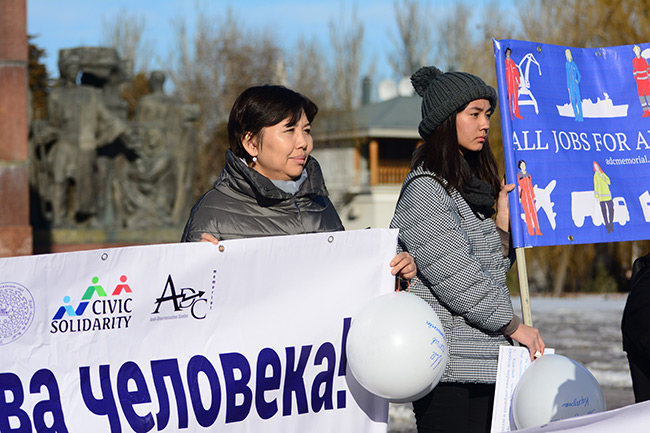 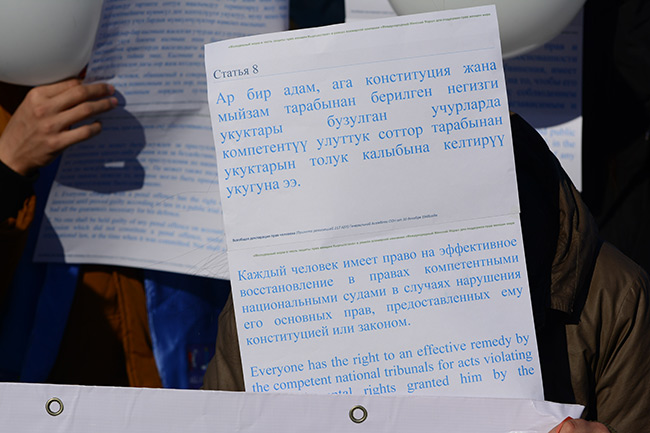 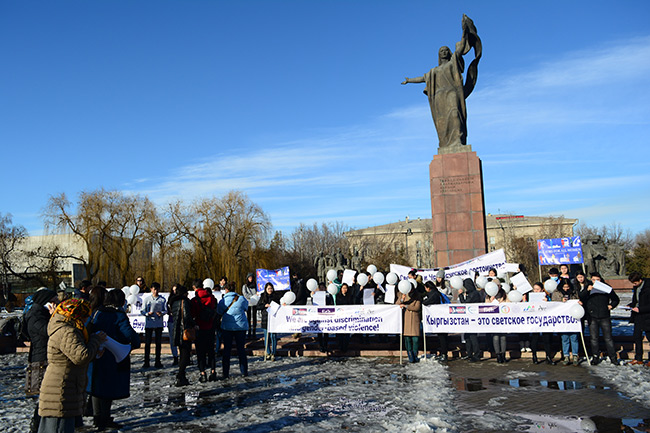 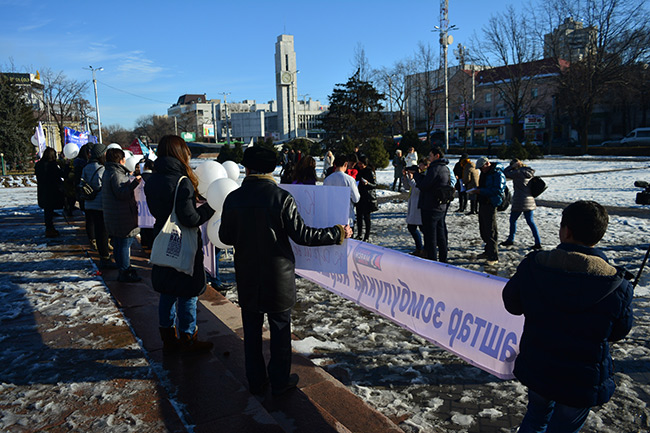 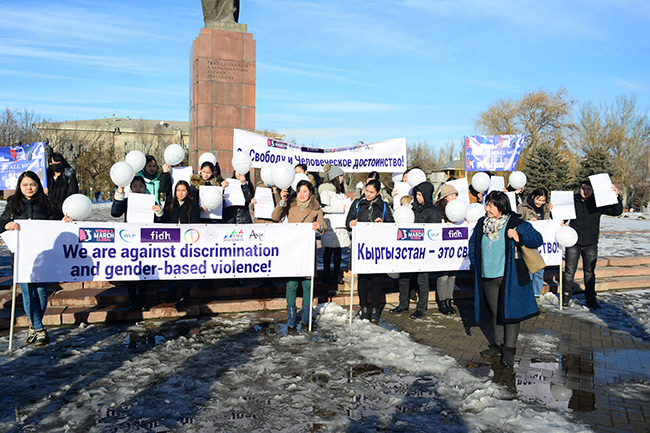 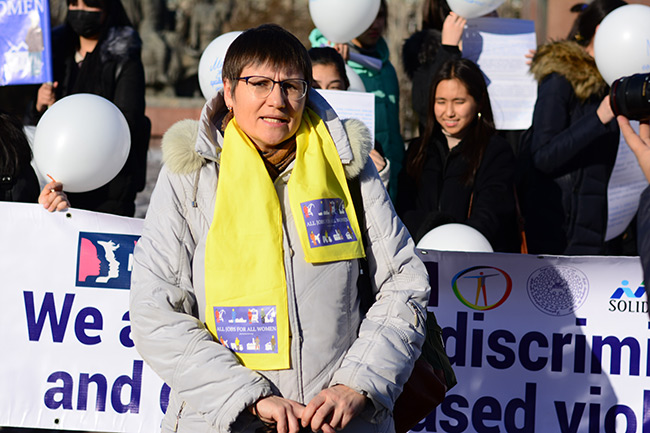 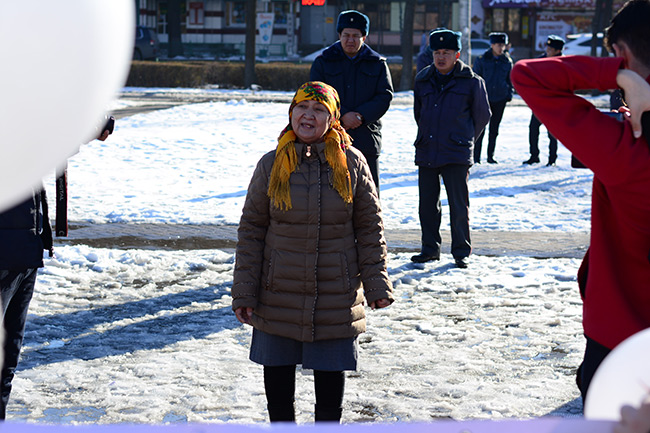 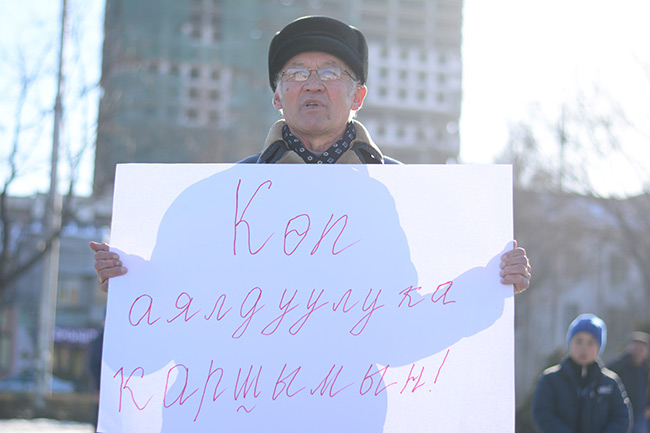 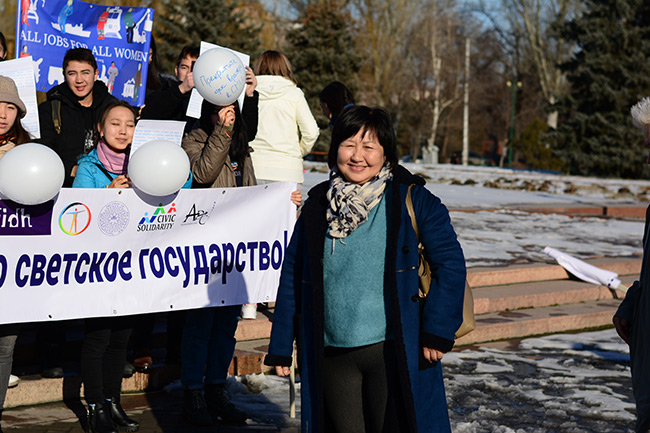 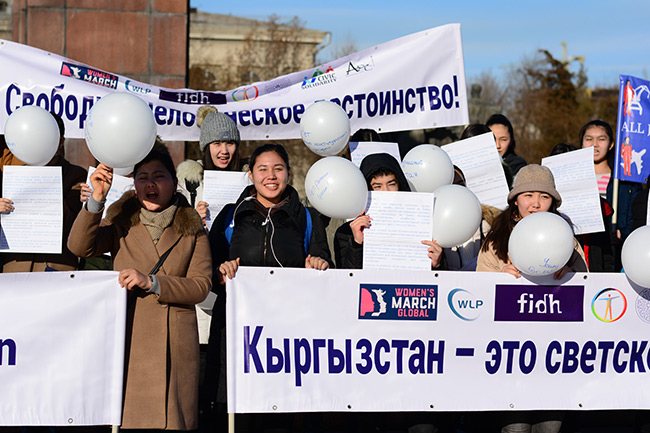 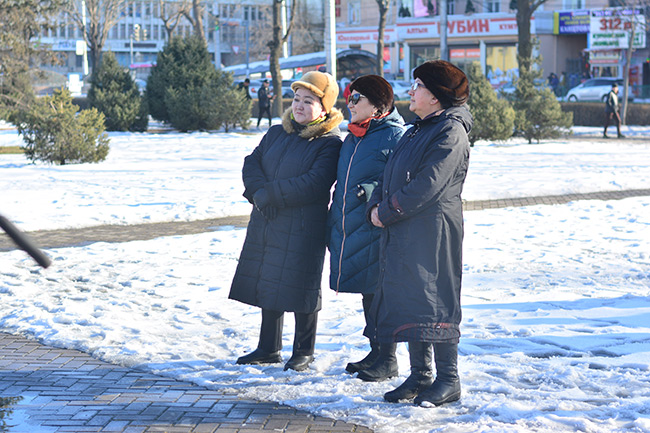 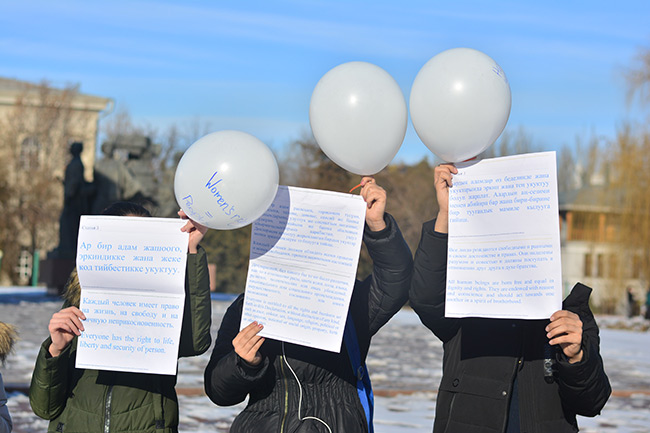 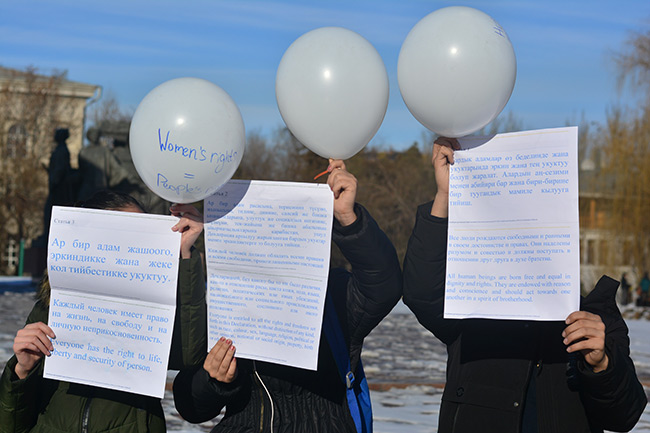 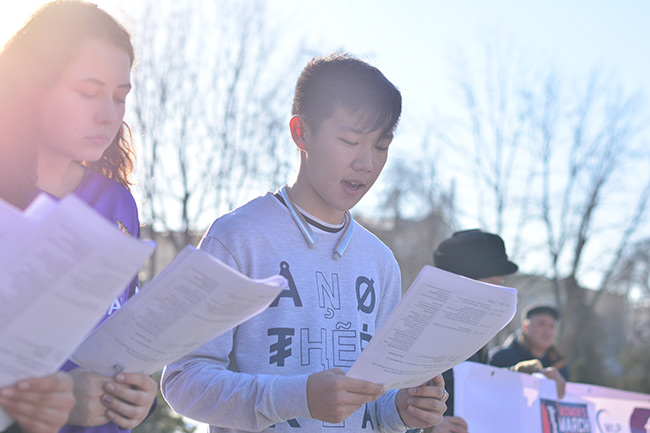 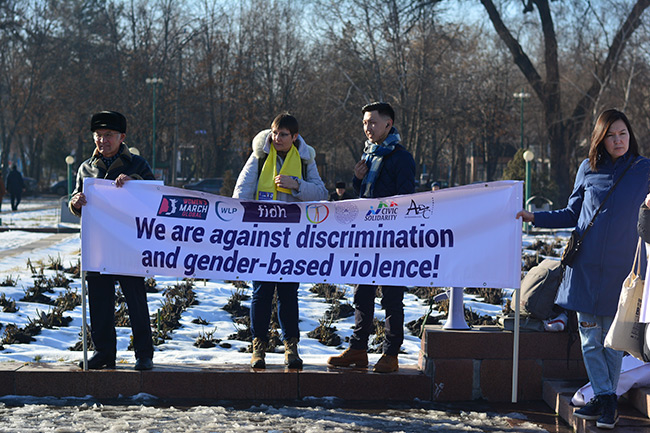 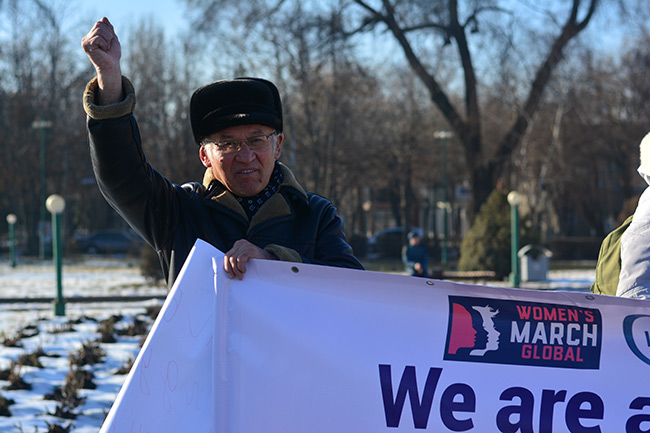 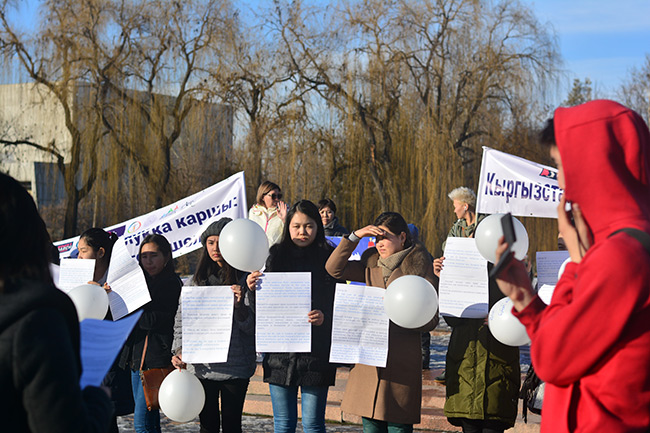 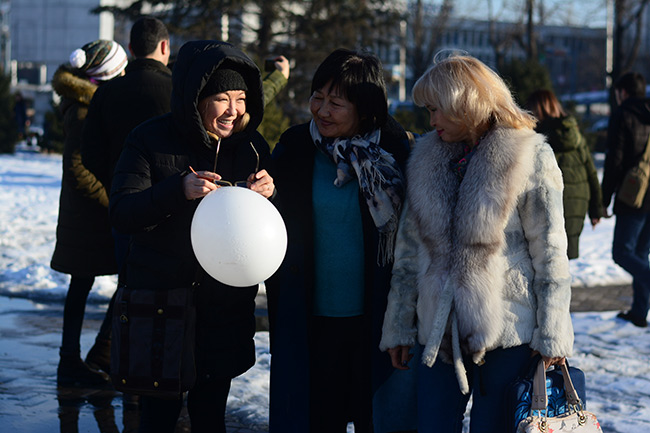 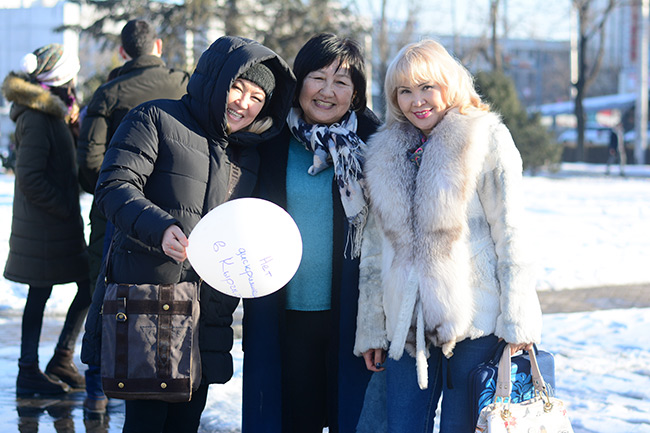